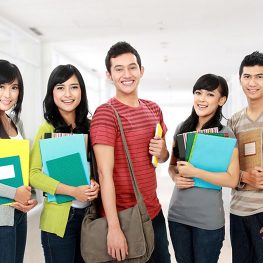 Why Study in Singapore?

Singapore is widely considered as the ideal destination for study abroad owing to the strategic higher education and research system followed in the country. Top Singapore universities have time and again proved themselves to be the world leaders in the higher education sector. With more than 6000 global companies setting up their base in Singapore, the universities and colleges also encourage talented and skilled international students to take up higher education in Singapore. Some of the best Singapore universities include German Institute of Science and Technology, James Cook University, Lasalle College and Singapore Management University. Apart from these Singapore Universities, some collaborated bodies are also functioning in the country to offer exciting career driven options to students.

Most Popular Subjects In Singapore

The National University of Singapore and Nanyang Technological University each have more than 30,000 students and provide a wide range of undergraduate and postgraduate degree programmes including doctoral degrees. Both are also established research universities with thousands of research staff and graduate students. As of 2012, both universities are ranked among the Top 50 in the world.

A third university, Singapore Management University (SMU), opened in 2000, is home to more than 7,000 students and comprises six Schools offering undergraduate, graduate, and PhD programmes in Business Management, Accountancy, Economics, Information Systems Management, Law and the Social Sciences. The University has an Office of Research, a number of institutes and centres of excellence, and provides public and customised programmes for working professionals through its Office of Executive and Professional Education.

The government has planned the fourth public university, Singapore University of Technology and Design (SUTD), to meet the rising demand for university education. It started its operations in April 2012. Its permanent campus at Changi will be ready by early 2015.

A fifth public institution Singapore Institute of Technology was announced in 2009. The institution starts in 2010 and is intended to provide an upgrading pathway for polytechnic graduates