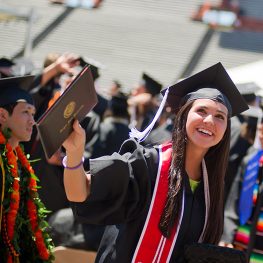 Austria, officially the Republic of Austria is a federal republic and a landlocked country of roughly 8.5 million people in Central Europe. It is bordered by the Czech Republic and Germany to the north, Hungary and Slovakia to the east, Slovenia and Italy to the south, and Switzerland and Liechtenstein to the west.

The capital and largest city, with a population exceeding 1.7 million, is Vienna. Austria is one of the richest countries in the world. The country has developed a high standard of living and was ranked 19th in the world for its Human Development Index. Austria also signed the Schengen Agreement in 1995, and adopted the European currency, the euro, in 1999.

Higher education is provided by universities and universities of applied sciences (introduced in 1994). There are also Academies (e.g. Teacher Training Colleges). The universities remain State institutions and the State continues to finance them. Universities are fully autonomous to handle their internal affairs and formulate their statutes. At private universities, study programmes can be offered either in accordance with state programmes and degrees, or without reference to them.

In addition to its historical and cultural appeal, you would like to study in Austria because of the high quality of its universities and institutions of higher education, its low tuition fees or the possibility of learning one of the world’s most important languages: German. No wonder Austria is one of Europe’s most popular study destinations.

Undergraduate studies (first cycle)
If you have successfully completed upper secondary studies in one of the signatory countries of the Lisbon, are in possession of a valid school leaving certificate and qualify for higher education studies in your home country, you also qualify for higher education studies in Austria. However, you are requested to prove your level of English and German. In some cases, you are also required to take additional qualifying courses.

If you are applying for a master’s program at university in Austria, you are required to be in possession of a relevant bachelor’s or equivalent degree diploma.

In the event you are applying for doctoral studies at university in Austria, you are required to be in possession of a relevant diploma or master’s degree diploma.

Since the language of instruction at Austrian universities is German, you are required to prove your level of command of the German language. You may do so by presenting the results you received at school examinations if you studied German as part of your study program or by presenting German language courses diplomas, such as the Test Deutsch als Fremdsprache fur ausländische Studienbewerber – TestDaF.

In general, most institutions require a minimum level of command corresponding to the B1/B2 level according to the European language passport. Please, note that the German language requirement usually applies to studies at the first cycle (undergraduate). Master’s and research programs may not require any knowledge of German if they are designed for international students.

The academic year in Austria, as a rule, begins on October 1st and ends on September 30thof the following year.

It consists of two semesters: